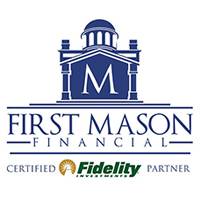 What Is Market Cap?

We talked briefly about market capitalization in the Stock Market Indices section of this guide, but it’s worth taking a deeper dive into what that means. Market capitalization, or market cap, is the total dollar value of a company’s outstanding stock shares. It’s calculated by multiplying the total number of shares by the current market price.

Why Does Market Cap Size Matter?

The stock market can be categorized and ranked by market cap size as follows:

So, after seeing how each market capitalization category invests in different companies, ask yourself, “What would happen in a worst-case scenario?” – an economic recession. If the business environment were to change for the worse, would you want to invest in Zynga or Silicon Labs? We’re willing to guess you probably wouldn’t. It’s riskier to hold stock in smaller companies during recessions since they aren’t as well established and are likely to be hurt more by downturns. Bear in mind that if the economy remains robust, the small-cap companies have the greatest growth potential given their small size.

Consumers will still need toilet paper, laundry detergent, and phone and Internet service, though, regardless of the economic environment, so companies like ProctorGamble and AT&T will likely stay healthy in bad times and continue to grow in good times. Then again, during economic expansions, you could miss out on great returns on small-cap investments by leaning too far to the large-cap side.

This is why market cap size matters. Big blue-chip companies will grow during an expansion but also stay solvent when economic conditions become stormy. Keep in mind the most robust portfolios have a mix of large-, mid-, and small-cap companies. But the best proportions of each come down to your risk tolerance, net worth, and stage of life.

Build a strong portfolio with a mix of large-, mid-, and small-cap companies. Our FMF365 investment tool is easy to use and hassle-free. Learn more and start investing today.